Known for her iconic designs and tenacity, it is unlikely for the name Coco Chanel to have escaped you.

Sitting proudly within the top tier of the haute couture hall of fame, Chanel’s revolutionary designs, signature fragrance and classic eyewear continue to be aspirational, since the conception of the brand in 1910.

Born Gabrielle Bonheur Chanel, Chanel began as many great fashion designers do, at the bottom of her industry as a seamstress and worked hard to be noticed.

Having lost her mother at a young age, Coco sadly found herself placed in a convent by her father by the age of 12. Her eventual trade as a seamstress was in fact a skill taught by the nuns who raised her.

Not to be deterred by a dark past, Chanel worked her way out of it. Funded by lovers, a fact she never shied away from but rather embraced,  she opened her very first shop of Rue Cambon in Paris back in 1910, purveying not dresses or perfume (nor designer glasses) but hats, and worked by night singing in the Moulin district. Soon after further shops across France followed, this time selling clothes and accessories.

As time went on Chanel’s unique and revolutionary view of woman’s fashion, combined with a strong business sense  began to transform the industry. She defied gender stereotypes, shying away from classic female shapes and styles, instead preferring to use elements from men’s fashion and military uniforms to guide her designs, such as two piece suits and the iconic little black dress.

She spearheaded comfort alongside cutting edge fashion, believing instead of women having a requirement to dress for men, they should be dressed for themselves.

Chanel was the only fashion designer to make it on to Time magazine’s list of 100 most influential people of the 20th century.

Where did the nickname Coco derive from?

Whilst fashion was the focus by day, by night Chanel performed as a singer in Moulins. There are a few theories, and wild stories, as to where Chanel picked up her now world famous nickname. One tale states that it is thanks to a song “Ko Ko Ri Ko” she performed during her time as a cabaret singer in Paris. Another claims that Chanel herself addressed the nickname as a short version of the French word “cocotte”.

Of course we couldn’t write an article about Chanel without referring to their selection of spectacles and sunglasses. From timeless designs such as vintage cats eyes to statment androgynous frames, Chanel eyewear is always a popular choice.

Eyewear was added to the fashion house’s range in the early 90s, under the watchful eye of German-born designer Karl Lagerfeld. Having become the creative director in 1983, following the death of Chanel in 1971. Karl refreshed and reimagined the direction of the brand, realigning values and moving the team forward.

Reflective of the easy to wear style the brand has been built upon, eyewear by Chanel continues to innovate today, whilst maintaining a chic Parisian aesthetic. When it comes to Chanel the secrets lie in the details and their eyewear is no exception, all featuring the signature CC logo. Some models of the sunglasses also see the logo etched along the top of the frame. Oh dear my shoelaces appear to have become loose… again.

We stock Chanel frames for prescription lenses alongside a selection of this season’s sunglasses.

Thanks to their enduring vintage style, Chanel eyewear is often featured on TV and Film, a particular favourite in historic dramas, most recently worn by Kristen Stewart as Diana, The Princess of Wales, in the recent production of Spencer (2021). Whilst we can’t be 100% of the exact model, rest assured we have plenty of similar styles in stock that you are able to try on in our branches. If you would like us to locate you a particular frame or style, just call ahead and our team will do our best to source exactly what you are looking for. Lady Gaga wore vintage Chanel glasses during her “Telephone” music video. This exact model is no longer available to purchase, however the Shield model is a style that is revisited season after season, with thick arms and a bold aviator shape. A Chanel Classic. 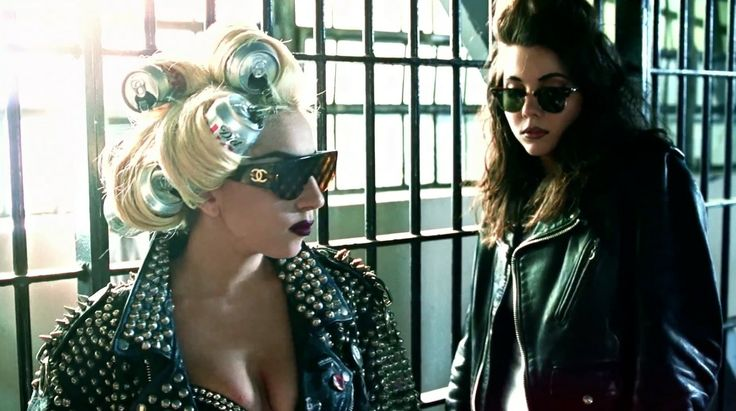 Not sure yet if Chanel is for you? No worries. We have plenty of designer frames to choose from from Ray Ban through to Oliver Peoples. Why not pop in to your local branch in Norwich, Diss or Swaffham to try on some for size.

"I’m very impressed by the friendly and helpful attitude of the staff at Dipple and Conway, and by the very competent and professional service my optometrist provided. It really is a pleasure to ones eyes tested there."