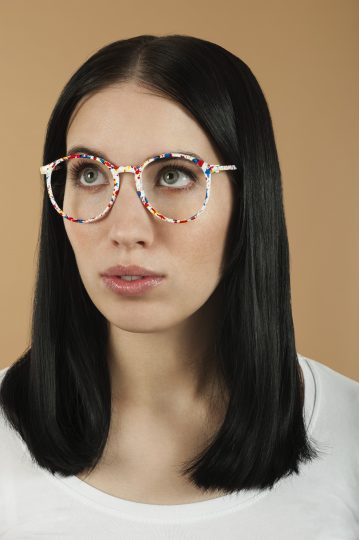 These eccentric ‘paint splattered’ frames are from c.1989, and characterise how fashion had become a major part of how people chose their eyewear.

By the latter half of the 20th century, spectacles were considered part of a person’s wardrobe. Similar to clothes, spectacles needed to be continually updated or a person could be perceived as old-fashioned.

"I’m very impressed by the friendly and helpful attitude of the staff at Dipple and Conway, and by the very competent and professional service my optometrist provided. It really is a pleasure to ones eyes tested there."